Even if you don’t like music you probably know who Taylor Swift and Kanye West are. Kanye West made quite an impression, and not a positive one, at the AVMA awards in 2009 when he jumped on stage and interrupted Taylor Swift’s acceptance speech for a music award.

Kanye’s inappropriate outburst is the same as the house for sale with the bright red master bedroom walls – even if the rest of the house is tasteful and in good condition, that one room will define the house to the prospective homebuyer. It will become the “stop light house”. In contrast to that tasteful house that has the look that everyone wants and likes – aka – Pottery Barn decor. It is all Taylor Swift.

Kanye West apologized privately and publicly to Taylor Swift but he lost fans – current fans and future fans. That single outburst at the awards was the thing that really got the attention of the general public. Taylor even forgave Kanye publicly but it didn’t change the public sentiment. Only time has really given Kanye any peace from that night and Taylor has gone on to get more fans by how she handled the situation so tactfully. Even though Kanye is a talented singer, his reputation for strong opinions and for his outspoken nature combined with that particular rude outburst drove people away from him who would have bought his music. One might argue that Kanye is more talented than Taylor but that didn’t matter – that one mistake cost Kanye BIGTIME.

So, if you have that red master bedroom and you repaint it, it’s not going to get every buyer who had previously seen it back into your house. Buyers aren’t going to give it a chance even if their agent tells them it’s been repainted a neutral color. You’re just going to lose some buyers no matter what if you don’t make a good first impression and have a good reputation from the start. And if they don’t like the red bedroom and then find wallpaper in the hall bathroom, the buyers will take the house off their list completely. Buyers are in your house a short period of time and research shows buyers make up their mind right away about your house.

Amy Shair is an Award-Winning REALTOR® and Real Estate expert serving Durham, Cary, and Raleigh North Carolina areas for over 20 years. Amy continues to stay current with online and real estate trends so that her clients are well prepared for the buying or selling of their home. Call Amy for your SHAIR of the market at (919) 469-6539. 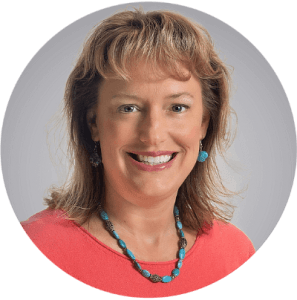 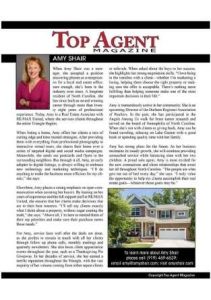