You are here: Home / Buying a Home / What Makes the Triangle So Desirable?

According to the Triangle Business Journal, the Raleigh metro area grew a whopping 18% from 2010 to 2017, making it the second fastest growing metro area in the US. Raleigh and its suburbs have so much to offer residents – it’s easy to see why people are flocking here at such a high rate. From excellent career and education opportunities to homey, small town vibes, the Triangle has a little something to offer anyone. 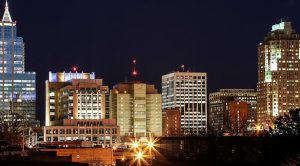 Research Triangle Park has long been a hub of business and technology and has been drawing new residents to the area for decades. Well-known corporate giants IBM, Cisco Systems, and GlaxoSmithKline all have offices in RTP, as do over 200 other business. Approximately 50,000 workers and 10,000 contractors work at RTP, and that number is expected to continue to rise as more companies set their sights on the Triangle. One especially notable company with an eye on the area is Amazon; the e-commerce giant has named Raleigh among its top 20 candidates for the company’s coveted second headquarters. Looking at the numbers, it is easy to see why Amazon has taken such an interest in Raleigh. A 2017 Forbes study ranked Raleigh 6thamong cities that created the most tech jobs from 2006 to 2016.  Tech industry job growth saw a 46.9% increase during that decade, while STEM related employment grew 31.9%. However, tech isn’t the only industry that is booming within the Triangle: major medical is also seeing its fair share of job growth. With the University of North Carolina Hospital, Duke University Hospital, and Rex Hospital all within the Triangle, those looking for a job in healthcare will surely have plenty of options. With so much job growth and so many great companies to work for, it’s easy to see why people flock to the Triangle for new employment opportunities.

Few metropolitan areas boast as many well-recognized colleges and universities as the Triangle. With Duke University, UNC Chapel Hill, and NC State all within a short drive of one another, the Triangle is a draw for those seeking higher education or research opportunities. Plus, who can resist participating in one of the age-old rivalries between those schools? The Triangle is also a great place for families with school aged children, as three of the area’s school districts rank in the top 10% in the state! In fact, Niche.comhas ranked Chapel Hill-Carrboro City schools the #1 school district in North Carolina. Wake and Orange County schools follow close behind at ranks 5 and 11, respectively. Thanks to these excellent public school systems, parents considering relocating for employment have even more incentive to make the Triangle area their home.

Nature is probably not the first thing that comes to mind when one envisions a thriving metro area, but the Triangle area offers its residents countless opportunities to reconnect with the great outdoors! From sprawling state recreation areas to quaint community parks, there’s an outdoor space to fit anyone’s tastes. Novice and master hikers alike can enjoy the many trails of Durham’s Eno River State Park or Raleigh’s William B. Umstead State Park. The Falls Lake and Jordan Lake State Recreational Areas offer boating, hiking, and camping opportunities. Playgrounds, sports fields, walking trails, and fishing piers are common fixtures in the Triangle’s smaller community parks, such as Apex Community Park and Cary’s Bond Park. Nestled in the heart of Raleigh is historic Pullen Park, which features peddle boats, a miniature train, and the Gustave A. Dentzel Carousel, built in 1911 and listed on the National Register of Historic Places. Duke Gardens’ five miles of trails meander through 55 acres of beautifully landscaped and wooded areas, offering the park’s 300,000 annual visitors a respite from the hustle and bustle of Durham. Anyone from avid runners and bikers to those just looking for a casual stroll will love the Triangle’s expansive network of trails and greenways, many of which connect some of the area’s smaller community parks. Perhaps one of the most well-known of the region’s trails is the American Tobacco Trail, a 22+ mile rails-to-trails project that runs from Downtown Durham to the west side of Apex. Bikers, hikers, and horseback riders all share this scenic route through Durham, Chatham, and Wake counties. With so many opportunities to enjoy nature, it’s no wonder that the Triangle draws adventurous young professionals and active families alike.

With three thriving city centers, it’s no surprise that the Triangle is a hub for outstanding entertainment and culture. The Durham 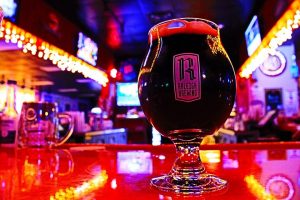 Performing Arts Center (DPAC) and Raleigh’s Duke Energy Center feature performances and shows to fit anyone’s taste. For the music lover, Raleigh’s Red Hat and Coastal Credit Union amphitheaters play host some of the biggest names in music, while Cary’s Koka Booth Amphitheater provides a more intimate venue for concerts, events, and even movie screenings. Downtown Chapel Hill, Downtown Durham, and Downtown Raleigh all offer outstanding dining options from casual bites to five star restaurants. The Morgan Street Food Hall is Raleigh’s first entry into burgeoning trend of multi-vendor dining experiences, with nearby Transfer Co. Food Hall slated to follow suit in 2019. The Triangle’s craft brewery scene has also seen an influx of growth, and not just in the large cities – even the area’s smaller suburbs are becoming dotted with craft brew houses, from Carrboro’s Steel String Brewery to Fuquay-Varina’s Fainting Goat Brewing Company. For those wanting to sample a wider variety of brews from across North Carolina and the world, the Raleigh Beer Garden offers a world record-setting 366 individual taps! Avid learners will undoubtedly enjoy the Triangle’s dozens of museums and historical sites. From the Marbles Kids Museum and NC Museum of Art in Raleigh to the Museum of Life and Science and the Duke Historic Homestead in Durham, Triangle residents and visitors alike are sure to find an attraction that caters to their interests.

Many of the Triangle’s residents get the best of both worlds – access to big city amenities and quaint, small town charm – thanks to the area’s many suburbs. Charming downtowns offer local shopping and dining and often play host to annual street fairs and festivals, such as the Carrboro Music Festival and Cary’s Lazy Daze Arts & Crafts Festival, which draws thousands of area residents each year. The Raleigh suburb of Apex has so much to offer, in fact, that it was named Money Magazine’s small town of the year in 2015! The Triangle’s suburbs have been drawing new residents for decades and it’s clear that the appeal isn’t going anywhere!

Are you feeling like the Triangle may be the place for you? Are you already a Triangle resident and love it, but just need to make a housing change within the area? No matter your needs, I am here to help! With my 20+ years of real estate experience here in the Triangle, I’ll guide you through the listing or buying process and provide you will the knowhow to navigate the area’s hot real estate market. Call Amy for your Shair of the market! 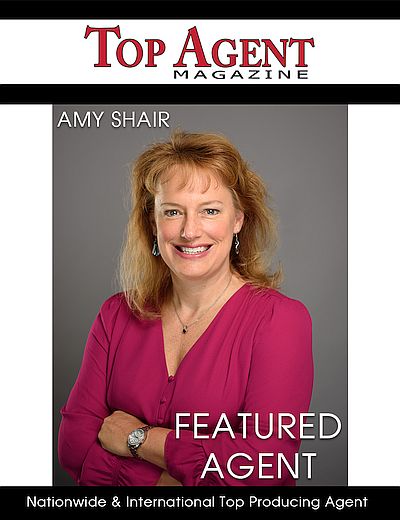